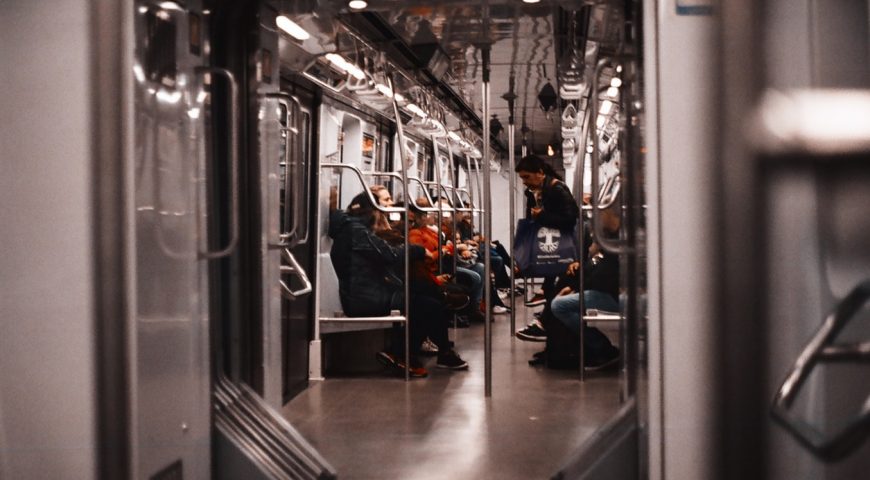 Learning how to get around in any big city can be a challenge, and in the case of Buenos Aires you’ll have to get used to the traffic, people, language barriers, etc. The truth is, Buenos Aires is one of the safest cities in South America, but like all metropolises, whether you’re living or traveling abroad, its important to be aware of your surroundings. The city might feel intimidating at times, and the porteños may intimidate you with comments about the “dangers” of the city, but if you pay attention to where you are and know what to look for, you won’t have to worry.

Often robberies are two person interactions, and although even the most confident and calm people can be affected, you can control much of the situation with your attitude. While moving around the city, be aware of where you are, who’s around you, and even if you’re a bit lost try to look like you know what you’re doing.

Don’t wear expensive watches or attention-catching jewelry, and keep cameras, phones and other technology out of sight when you’re not using them. Try not to speak English loudly in public. (This is an easy way for pickpockets to identify tourist targets. Besides, you’re here to improve your Spanish, so take advantage of the opportunity to practice in the streets!)

If you feel unsafe, especially at night, you might want to walk on bigger, more populated and well-lit avenues. If you feel like you’re being followed or watched, go into a kiosco or another store and talk to the people working there.

Generally if you’re smart and observant, most areas in Buenos Aires can be safe at almost all hours of the day. Walking in groups is always better than walking alone, especially at night. But certain areas at nighttime should be avoided if possible.

Plazas and Parks: parks and plazas are emptier at night without many people around. Try not to cut through parks or big plazas at night, because robberies have been reported.

Tourist Areas (Caminito, San Telmo market, etc): During the day, these places are bustling with people, and especially tourists. You’re likely to visit at least once while in Buenos Aires, and with good reason – they’re delightful! But be aware that anyplace that attracts a lot of tourists will also attract pickpockets looking for attractive items. Keep an eye out for your possessions, don’t wear anything too expensive or flashy and wear your backpack or bag over your chest. 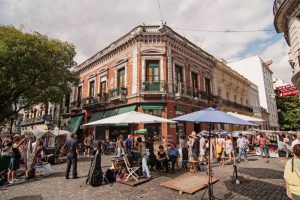 Juan B Justo, Palermo: This area, marked by train tracks, divides Palermo Viejo/Soho and Palermo Hollywood. It’s common to move between the different sectors of the neighborhood at night, and this means crossing the tracks or going under the bridge. Because often the people who pass through this area have been drinking alcohol, this makes them easier targets for robberies, since they’re less aware of their surroundings and of their possessions. If you are in this area, make sure to look around and try to cross the tracks in groups if possible.

Constitución: Constitución is next to San Telmo, a beautiful and lively old neighborhood. Constitución begins west of Av. 9 de Julio and south of Av. San Juan. Avoid this area at night because it has the reputation for illegal activity and robberies. Also be  careful about is crossing Avenida San Juan and Cochabamba at night, which cuts through the bottom half of San Telmo. It runs right next to the highway overpass, which can be dark and relatively unpopulated at night.

Subtes and Colectivos are where the most petty crime is committed. Pickpocketing is common here, so  make sure to keep all bags close to your body, wear your backpack on your front or side with your arm over it (even the porteños do this), and don’t pull out any expensive belongings. If listening to music or using your phone, make sure to hide it in a safe, internal pocket somewhere that you are always aware of it. Be aware: if you have a fabric bag of some kind, there have been reports of thieves slashing bags open to steal their contents on crowded public transport. Make sure to always keep your things near you and your eye out for pickpocket situations.

The safest way to take a taxi is to call a radio taxi, because then the company is connected to the driver and therefore is much more secure. If you catch a taxi from the street, make sure to get a radio taxi as well. There are radio taxis from all different companies, and they are marked both on the side (saying radio taxi) and have a taxi light on the top of the car. Inside, you should see a paper with the driver’s identification. To make sure the taxis don’t overcharge you, pay attention to where you’re driving so they don’t go in circles to keep the meter running.

Rest assured – aside from petty crime like pick-pocketing, Buenos Aires is a safe city! In general, being aware, staying calm, and trying to blend in help make Buenos Aires a safe, fun and exciting place to study abroad and live!