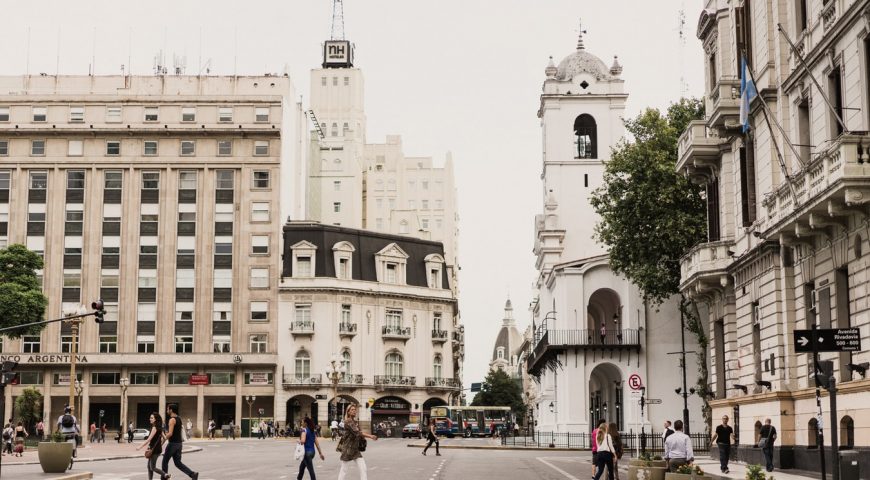 In general terms the answer is YES. The well known travel guide Lonely Planet has qualified it as one of safest countries to travel to in Latin America (complete article here)

First of all, Argentina is a big country. It covers 2.780.092 km2, and the population is not equally distributed. The metropolitan area of Buenos Aires concentrates about the 33% of the population. Other largely populated areas are Cordoba, Santa Fe and Rosario. Outside these big cities you will usually find small towns where people leave, for example, the bicycles parked anywhere, without locks and unattended.

Travelers are definitely interested in visiting Argentina. Tourism is growing every year and becoming more diversified. 2017 was a milestone, as Argentina received almost 10 million visitors. 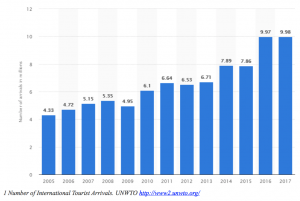 Plenty of people visit Argentina and have a trouble-free time. In MOST of the country, you should feel safe.

As in most countries, there are always things to watch out for, especially in the urban areas. These include scams, unlicensed taxi drivers, pickpockets in tourist areas and the occasional mugging.

At the moment, Argentina is going through a period of inflation. Its currency (Argentinean peso) has experienced severe devaluation. It’s important to consider that over 35% of Argentinians live below the poverty line as well. Of course, this is going to lead to a HUGE difference between rich and poor. There have been recent protests in Buenos Aires against austerity measures. Sometimes these do turn violent. In some cases, roads can even be closed down. But political instability doesn’t necessarily mean insecurity in Argentina. Sadly, Argentineans are used to political and economical crisis, and get out of it, if not successfully, at least with a smile.

The upside to Argentina’s financial struggle is that foreign currencies go a long way. As US dollars get more expensive for Argentineans, and you can have an excellent meal in a good restaurant for less than 15 USD.

Having said all this, we strongly recommend to get insurance, mainly if you are traveling with value objects like expensive cameras, laptops or similar. Insurance is not expensive when you compare it with the value of your luggage. Even if you are just going on a short trip, you should always travel with insurance.

Argentina is huge and you can get to most places only on a private vehicle or by bus. Thankfully, roads are pretty good. They’re paved and you won’t find many potholes. Roads are safe, and it is safe to drive around in the country, but be careful, Argentinians can be pretty aggressive behind the wheel. Expect tailgating, speeding, sudden lane changes, jumping red lights, squeezing into small gaps in traffic and erratic driving in general.

Public transportation in Argentina is mostly safe, but there are some situations that you need to be aware of.

The subway or metro in Buenos Aires (subte) used to be popular for the amount of crimes. That’s has been changing lately, but you’ll still need to be aware of pickpockets. Watch out for people getting too close, “bumping into you” or even trying to cut your bag. If you’re traveling with a backpack, try to keep this on your front at ALL TIMES. The metro is affordable, but it DOES get crowded in peak hours, like in most of the cities of the world, although probably not as bad as in Asia. At this times it is not comfy and you’re more likely to be robbed.

Then there are the “colectivos”, which constitute the public bus system in most Argentine cities. These are SPEEDY so you’ll need to hang on! They might not even stop completely for you to get on. These can be a fun and good way to get around cities. They can get crowded and complicated, so make sure you hang on to your belongings.

TIP: buy yourself a SUBE card when traveling in Buenos Aires. This is the only way to pay for public transportation and you can charge it with money on subway stations and some “kioscos”. 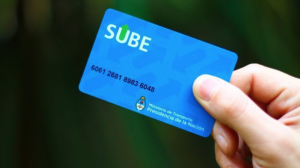 Long distance buses are known as “micros”. These are often inexpensive and relatively comfortable. Make sure you pick a good bus company. Do your research and read reviews, you don’t want to sit on a terrible bus for hours.

Generally, you will have to keep an eye on your stuff when riding on any bus. On the more expensive buses, however, your bags will be tagged and security is much better.

You should be careful when hanging around the bus stops and train stations. Thieves love these places as they’re full of unsuspicious or distracted travelers. You don’t want to be one of them, so keep your eyes peeled for shady characters.

You may worry about visiting Argentina because it’s in South America – a region that isn’t famous for its safety. But Argentina is sort of an odd one out. It boasted the biggest middle class on the continent in the early 20th century and developed fairly quickly. It’s modern, and the quality of life here is pretty good.

Yet, Argentina has had some bad times recently. The economy is struggling and poverty is, unfortunately, rising. When people are struggling to make ends meet, turning to petty theft is an easy option. Especially when there are plenty of rich tourists to target.

The biggest precaution you can take when visiting Argentina and actually any country, is to basically NOT look like a tourist. Don’t flash your cash, don’t stand out too much, don’t look lost and oblivious. It’ll help you to not look like a target.

At the end of the day, Argentina is safe. When you venture outside the cosmopolitan capital, it gets even safer. You will quite literally have to go looking for trouble.

The grand majority of your time in Argentina will be spectacular. You’ll get to explore a whole lot of truly epic landscapes, meet a whole load of interesting, friendly people, and go on a mouthwatering voyage of food without having to worry much at all. Just travel smartly and you’ll be golden.

Some safety tips you should pay attention to: