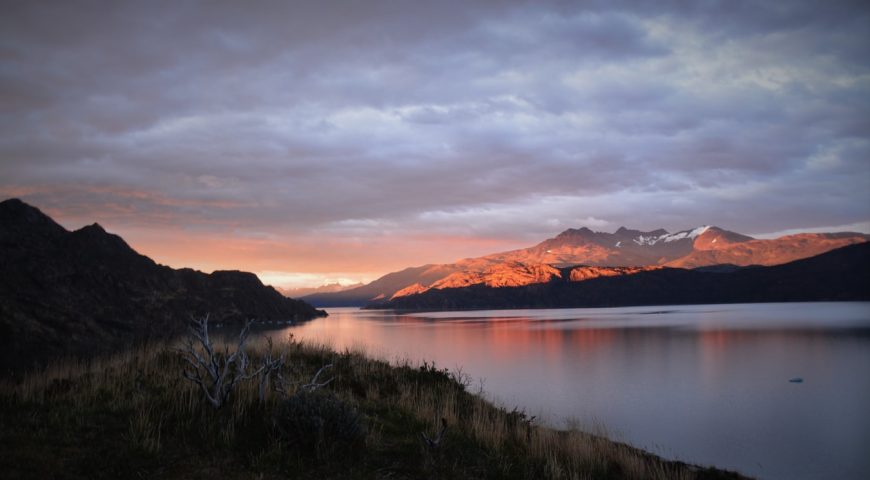 Getting to Patagonia Argentina

The Argentine Patagonia is an extensive region of more than 2500km that covers the provinces of La Pampa, Chubut, Neuquén, Río Negro, Santa Cruz, and Tierra del Fuego.
Patagonia offers a variety of landscapes with rivers, lakes, mountains, forests that range from the coasts of the Atlantic Ocean to the Andes Mountains connected by small cities and towns, letting nature be the center of attraction.

There are several ways to travel to Patagonia from Buenos Aires or other parts of the country. The most effective option, but not the cheapest, is the plane. The most important cities in the region have airports that speed up travel times. From Buenos Aires you can reach Tierra del Fuego, the southernmost province of the country in just 3 hours. Other cheaper options are the car or a bus. But unfortunately the travel times are longer. By land, arriving in Bariloche from Buenos Aires will take about 24 hours to travel. That is why it is advisable to plan these trips with time, and keep in mind that many of your trips may be several hours. However, traveling by bus or car through Patagonia is a beautiful experience worth doing. While the trips can be somewhat extensive, the landscapes seen from the route are unique in the world and worthwhile.

San Carlos de Bariloche, located in the province of Río Negro, is the most visited destination in Patagonia and even Argentina. The city receives approximately one million tourists per year, as it is an ideal city to visit both in summer and winter. This city offers mountain sports such as trekking or skiing in winter, beaches in front of Lake Nahuel Huapi to enjoy the sun in summer and all kinds of activities to enjoy outdoors. A highly recommended tour to make Bariloche fenced is the Seven Lakes Road. The Seven Lakes Road is called the 107 km section of National Route 40 in the province of Neuquén Argentina. The section joins the towns of San Martín de Los Andes and Villa La Angostura and owes its name to that you can see seven lakes during your tour. Along the circuit you can do all kinds of activities such as hiking, water sports, or simply enjoy the lakes and their beaches. Bariloche to San Martin de los Andes and Villa La Angostura are a few kilometers between them and are easily accessible. The fastest way to get from Buenos Aires is by plane (2 hours). The other option available is by bus (approximately 19 hours). It is a long trip, however it is possible to travel by night.

Puerto Madryn is another for mandatory within Argentina if you are an animal lover. Located in the province of Chubut, the area of ​​Puerto Madryn and Peninsula Valdés is considered one of the best places in the world to see whales. The whales arrive at the coast of Puerto Madryn and Peninsula Valdés during the month of May and stay to reproduce and feed the whales until December. The whales can be seen from a boat with a guide or from the coast in places like El Doradillo. This is one of the few places where you can see whale watching from the coast. On this beach, chosen for its calm waters and warmer than the rest of the ocean, the females approach to give birth to their young and breastfeed between the months of June and November. Together with the Iguazu Falls and the Perito Moreno Glacier, this is one of the attractions that most tourists summon each year in the country. From the capital the flights take 1 hour and 30 minutes; and by bus, 17 hours. It can also be reached from Bariloche in the summer season and from Calafate (also only during the summer) by plane. From both destinations there is one bus per day.

Calafate is a pathogenic city in the province of Santa Cruz about 80 km from the Perito Moreno glacier, one of the great attractions that our country has. Because of its large dimensions, this glacier is considered the eighth wonder of the world. The Perito Moreno is one of the many glaciers that form the Los Glaciares National Park. They all form the Patagonian Continental Ice (17,000 kilometers long) which is one of the most important drinking water reserves in the world. Undoubtedly a mandatory step of the Argentine Patagonia. In the same province, only three hours by car is located the Chalten. El Chaltén is a tourist village located at the base of the Fitz Roy hill, one of the highest in Argentina. Known as the “trekking capital” for its wide variety of walks and excursions for all levels. There are walks to do in 2 hours walking, and others that can take a full day or more. From Buenos Aires the flights take 3 hours. We do not recommend traveling by bus since the journey is too long. You can go from Bariloche by bus but the journey takes approximately 25 hours.

Ushuaia, capital of Tierra del Fuego, is the southernmost city in the country. Located 2377 km from Buenos Aires, it has great attractions and a variety of landscapes to know depending on the time of year. From June to October for example, you can visit Cerro Castor a ski center located on the southern slope of Krund Hill. Cerro Castor brings together thousands of tourists who every year seek to take advantage of the ski resort with the longest season due to the weather factor. The Train of the End of the World is also a great tourist attraction of the city. The excursion consists of a ride on a steam locomotive through southern forests, rugged passages and the Toro Canyon, among other places. From Buenos Aires the flights take 3 hours and 30 minutes. To go by bus, the fastest option is from El Calafate. The bus takes around 18 hours.

For more information of attractions you can visit amazing Lonely Planet website!