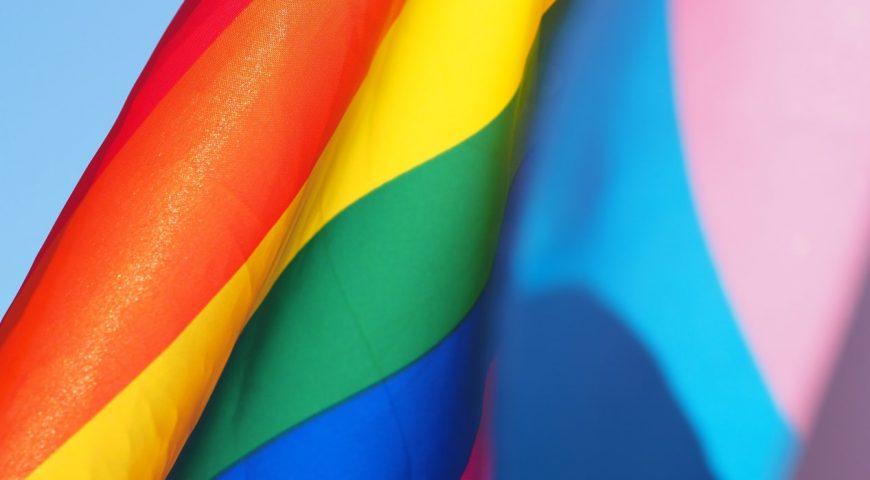 Buenos Aires is a city where respect and empathy prevail in the face of personal manifestations. Buenos Aires night, with its bars, clubs and terraces are the ideal setting for the LGBT + community, a community that is more active than ever. This is how in 2018, LGBT + tourism grew 11% in the country, and nearly 500,000 tourists from the LGBT segment chose to vacation in places like Buenos Aires, Puerto Iguazú, Ushuaia, Mendoza, Córdoba and Rosario.

Buenos Aires has worked hard for the last few years to become an inclusive, open and diverse city. Although many problems remain to improve, the constant work and effort is paying off. Buenos Aires has managed to position itself among the ten best cities in the world according to the British LGBT Awards and is a reference within the region.

To put in context, let’s talk briefly about the history of this community. The first meeting places and clubs of the LGBT + collective emerged in the early 80’s. They were almost exclusively nightly, hidden sites, located in basements and underground places. Then, as the years went by, militancy appeared in the 90s with the march of LGBTIQ pride that grew year after year.

Argentina has made great progress in recent years granting rights to people who do not identify with the lifestyles determined by heterosexuality. The Civil Union law in 2002 and later the Law on Equal Marriage in 2010 allowed same-sex people to marry and enjoy equal rights as a heterosexual couple. And thanks to the Gender Identity law passed in 2012, which considers that identity is a right, people can change their document or modify their biology if they wish.

To put in context, let’s talk briefly about the history of this community. The first meeting places and clubs of the LGBT + collective emerged in the early 80’s. They were almost exclusively nightly, hidden sites, located in basements and underground places. Then, as the years went by, militancy appeared in the 90s with the march of LGBTIQ pride that grew year after year.

The city of Buenos Aires has a varied agenda of mass events associated with the LGBT + community throughout the year. One of the busiest and most important is undoubtedly the Gay Pride March in November. This street party that and congregation of activist movements that brings together thousands of people tries to raise awareness and raise awareness of different social issues around the LGBT community. Another important event is the Queer International Tango Festival. The motto of the festival is to dance tango without the roles being fixed to the sex of those who dance it. That is why the event is not aimed exclusively at same-sex couples, but at all people and spaces that support the proposal and promote respect for diversity in and from tango. The festival consists of 12 workshops, and 4 milongas over 5 days. Who is interested in participating can find more information at www.festivaltangoqueer.com.ar. And last but not least the Buenos Aires Diversa Festival where a series of events that include talks on topics related to the LGBT + community.

Buenos Aires also offers different places scattered throughout the city where I know the strength and dynamism of this community. One of the most important is Casa Brandon in Villa Crespo. Open from Wednesday to Sunday, the house offers activities of all kinds, always around the LGBTI + theme. In addition to all night activities open to the public, Casa Brandon regularly offers various workshops and seminars on cinema, clown, drawing, yoga, singing, tarot, gardening. There is also the Bear Club of Buenos Aires, a social club that brings together male homosexuals.
On the gastronomic side, a great option to visit is Maricafé, a cafeteria located in the Palermo neighborhood. But to tell the truth, this is much more than a coffee; It also works as a restaurant, as a bar at night, and even works as a bookstore focused on gender issues. Maricafé also offers presentations of drags, literary readings parties and even tarot reading. Another icon is the Pride Café de San Telmo, one of the first openly gay friendly establishments in the city that proposes a wide variety of gastronomic proposals.

Buenos Aires is also known for its nightlife. It is a city that does not sleep and offers a wide variety of proposals where the LGBT + community stomps. Buenos Aires is the scene of hundreds of parties every week each with its imprint and characteristics. And if we are going to talk about LGBT + public-oriented nightlife, we cannot fail to name Amerika, a nightclub located in the Almagro neighborhood considered one of the most popular dance centers for that type of public in Buenos Aires. We can also find many similar places to go dancing like for example Km Zero, Contramano and parties like Club69, Plop and Human among others.

Buenos Aires is undoubtedly an important place for the LGBT + community in the region and the world, and a destination an almost mandatory destination to enjoy all the various proposals that this city offers.

At Mater we support diversity, freedom and the right to identity. We are proud to live in a city and a country that opens its doors and supports the development of the LGBT community that has been so punished in the past. We organize trips for this purpose and take care to ensure that all suppliers involved in a trip share the same philosophy.